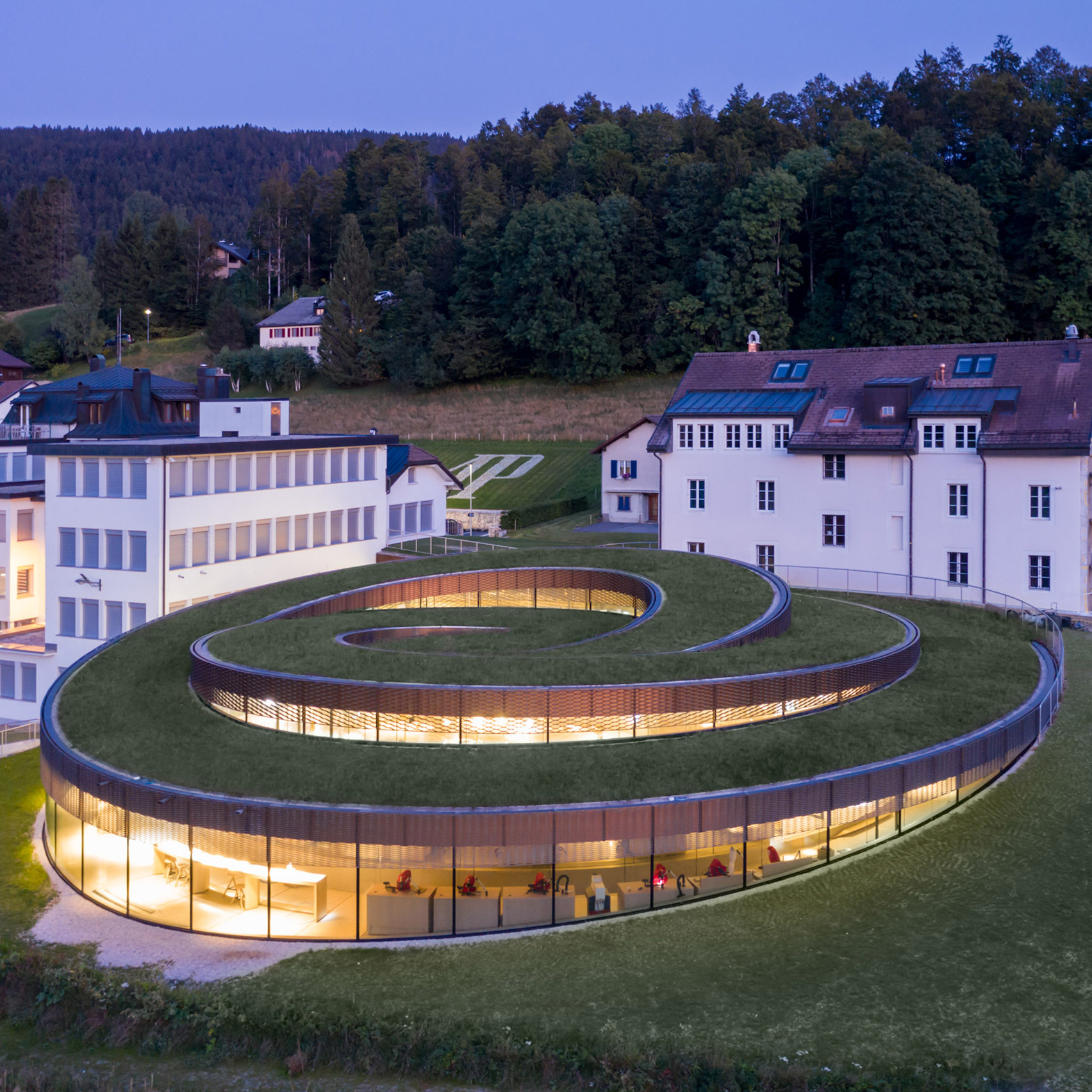 This week, BIG completed a spiral-shaped museum in the Swiss mountains and John Pawson discussed the reasoning behind his characteristic minimalism in Dezeen's latest podcast.

Designed to house a collection of watchmaker Audemars Piguet's timepieces, the curved-glass museum by BIG features a grass-covered roof to offer a lawn in summer and a snowy scene in winter.

The designer discusses his time travelling in India, Australia and Japan, where he tried to become a Zen Buddhist monk, and the start of his career in New York.

In architecture news, a shipping container intensive care pod designed by Italo Rota and Carlo Ratti has been built at a hospital in Turin, Italy, and is being used to treat patients fighting the coronavirus.

Dezeen also spoke to a senior US doctor who claimed that hospitals "desperately need designers" to improve healthcare, from the layout of operating theatres to the design of medical charts.

Meanwhile, quarantined Graffiti artist Banksy moved his art from the streets to the walls of his own home, to create a rodent-themed installation inside his bathroom.

Trouble-making rats swing from the towel holders and squeeze toothpaste over the walls. The installation was posted to the artist's Instagram with the caption: "My wife hates it when I work from home".

Comprising a dress and a jacket, the collection hopes to showcase the versatility of the disregarded stationary item, and reestablish the items as contemporary art.

Tiles were popular this week in interior design projects, as Stu.dere covered the walls of a laundrette in northern Portugal in forest-green tiles, complemented by white marble surfaces.

The collaboration with The World Around saw Beatrice Galilee of  take over VDF for Earth Day with a series of talks, interviews, short films and essays from visionaries at the forefront of ecological design.

Other projects that grabbed readers attention this week included a translucent half-timbered tennis pavilion by Lemoal Lemoal Architectes, a stretchy cabinet that forms breast-like shapes when pulled open, and a charred wood extension in London that has been modelled on a Japanese tea house.

The post This week, BIG created a spiral-shaped museum and Dezeen released its latest podcast appeared first on Dezeen.

Having a pantry can really come in handy when you want that additional storage space
Sep 28, 2020

Maybe you’ve been wanting to do something in your bathroom, but you can’t seem to find the time
Sep 28, 2020

6 Under-Sink Storage Ideas That Will Bring Peace to Your Bathroom
Sep 17, 2020