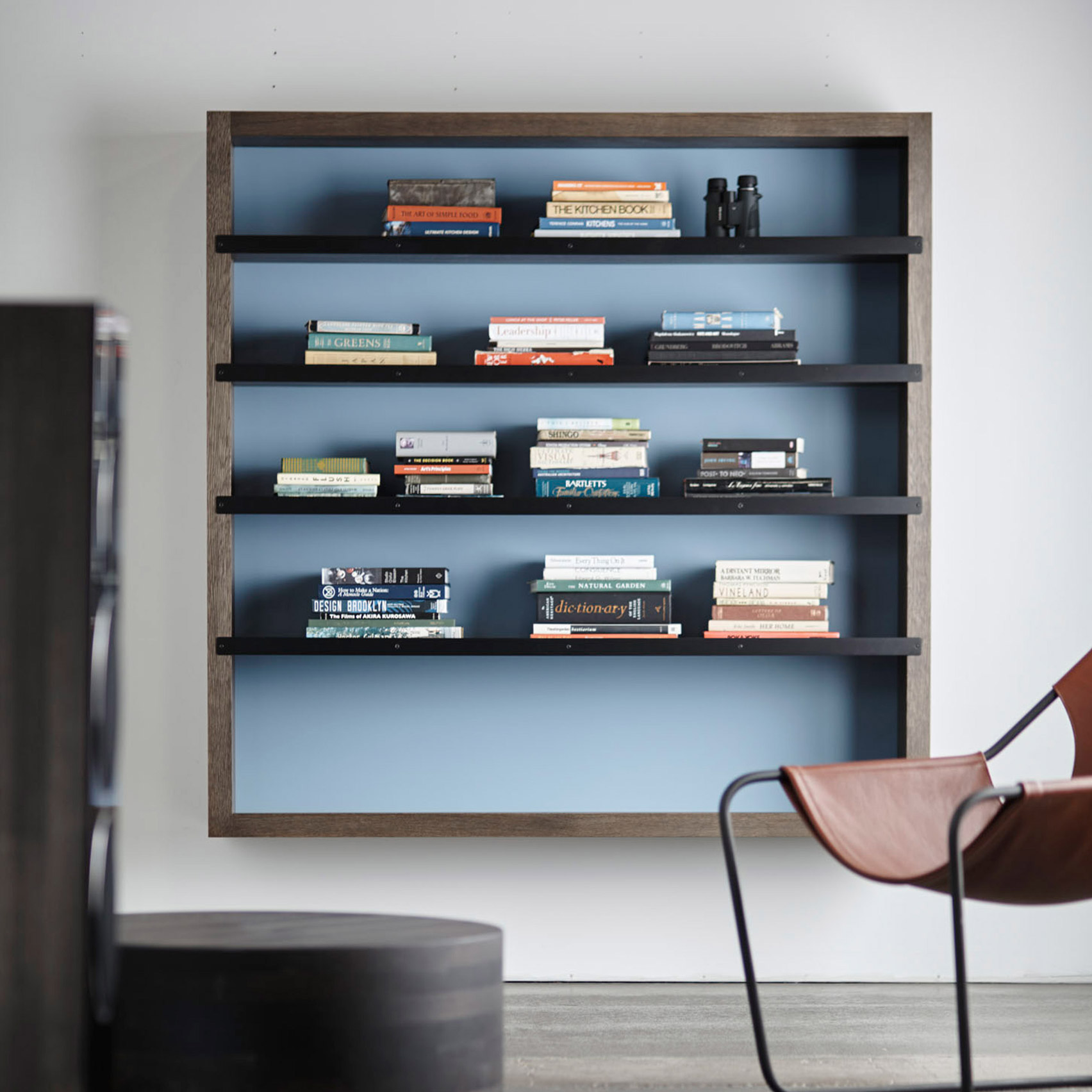 Primary Objects is the first collection by Henrybuilt, which previously focused on designing custom projects and living spaces for clients.

The company created the series of over 50 pieces to incorporate the storage solutions, systems and flexibility that it developed on the private projects. Designs include kitchen islands, pantries, seating, tables, vanities and a dresser.

"We spent 18 years developing the system that creates that kitchen and all those interchangeable parts," Henrybuilt Founder and Creative Director Scott Hudson told Dezeen.

"We got good enough at it that we could start to distill the most useful and compelling pieces into the individual pieces."

Several of the products employ the brand's Opencase fitting system, a frame in which customers can chose the arrangement of drawers, shelves and racks. Designs feature details like outlets for kitchen appliances and paperstone drawer dividers.

"Primary Objects is the ability to buy a really beautiful outfitted, handmade piece that's also flexible," Hudson added. "It has more functionality than you might be used to and you can switch it out."

"What we don't want is that feeling like everything's beautiful, but don't touch it," he added.

The Color Box series, meanwhile, comprises five freestanding and wall-mounted cabinets that incorporate the Opencase system. The shelves and racks are designed for storing a range of objects like wine bottles, homeware and book storage.

Other items in the collection are Gibraltor, a kitchen island with a welded steel frame. Customers can chose the finish and add other custom elements like a storage unit called Henrybuilt Horizontal Bar Block.

Among these is a two doored cabinet outfitted with drawers, pegs and a mirror called Passage, a two-toned unit fronted with drawers called Jack and Jill, and a small wood dresser with leather drawer pulls called Milo.

Leather lines the interior of units, dressers and vanities. Inside, are separators made from paperstone and bookbinding cloth.

Henrybuilt was founded in 2001 and has design showrooms in New York, the San Francisco Bay Area, Los Angeles, and Seattle.

Other furniture and storage pieces that are built to be customised include architecture firm Gensler's range of modular office furniture and Belgian studio Alliages Design's Toupie storage units that stack and can be modified with the addition of trays and rails.

Having a pantry can really come in handy when you want that additional storage space
Sep 28, 2020

Maybe you’ve been wanting to do something in your bathroom, but you can’t seem to find the time
Sep 28, 2020

6 Under-Sink Storage Ideas That Will Bring Peace to Your Bathroom
Sep 17, 2020