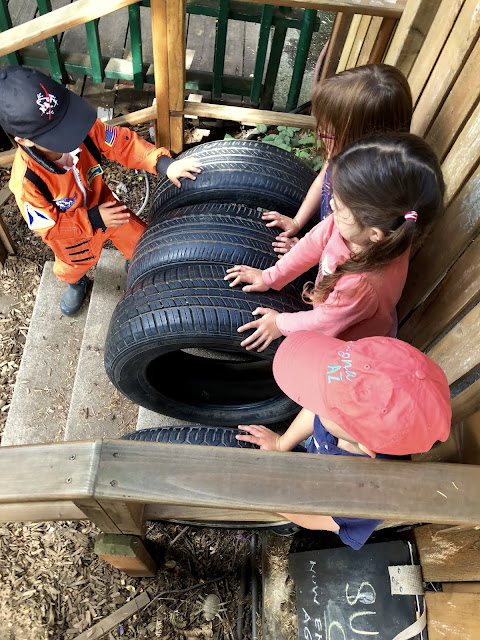 Every object in a state of uniform motion tends to remain in that state of motion unless an external force is applied to it.

The relationship between an object's mass m, it's acceleration a, and the applied force F is F = ma.

For every action there is an equal and opposite reaction. 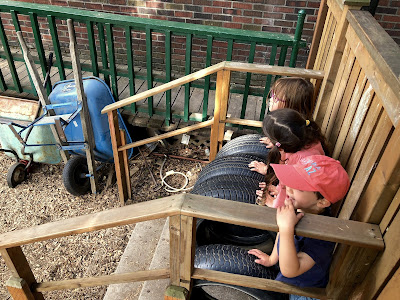 Most of us were "taught" these laws in school, at some point, probably as teenagers, but the understanding of them started in preschool, even before, the academic teaching being a mere re-labeling, a re-wording, a re-contextualization, of something that already lives within us as experiences like rolling tires down a hill. 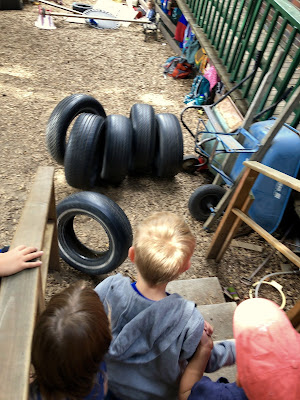 This is why the human animal must play, not just so that the formulas will make sense when we're older, but so the world will make sense. The children have no idea they are learning physics any more than they know they are learning to be self-motivated learners, practicing being sociable, and acquiring the skills and habits necessary to work well with others. That's because all of the foundational learning that results from children playing together amongst "beautiful" things is nothing but a byproduct of their play. 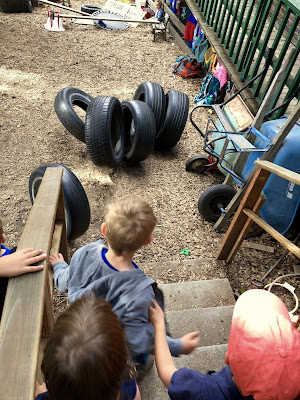 Play is a pure good and the moment we as adults forget that is the moment we taint it with our good intentions, rendering it something else, something lesser. That's why we're at our best as educators when we can be like the children and allow ourselves to be content with their games. It's the rolling of tires up and down hills in the company of others that matters. Our job is to provide the hill and the tires. The rest is a happy accident. 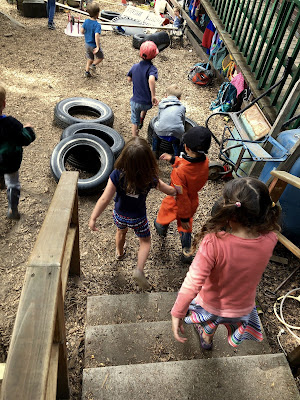 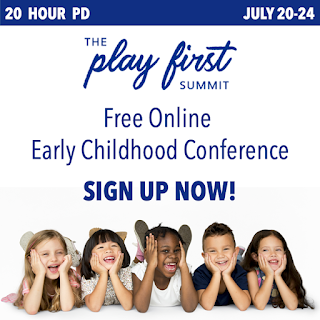 The Play First Summit is just around the corner! Please join us for this free event featuring twenty of the world's top early childhood and parenting thought leaders, including Janet Lansbury, Peter Gray, Lisa Murphy, Ijumaa Jordan, Maggie Dent, and Cheng Xuequin (Anji Play). This is not just another series of lectures, but rather a collection of conversations about our challenging times, how they are impacting young children and families, what we can do about it, and how we might seize this moment to transform the early years into what they ought to be for children everywhere. To see the full list of speakers and to register, click here. 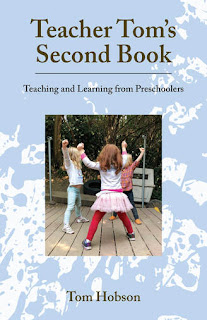 Also, Teacher Tom's Second Book is now available in the UK, Iceland, and Europe thanks to my friends at Fafunia! It's also available in the US and Canada. If you want to go directly to the Fafunia page click here.  And if you missed it, Teacher Tom's First Book is back in print as well.
I put a lot of time and effort into this blog. If you'd like to support me please consider a small contribution to the cause. Thank you!

The Best New Store-Bought Snacks You Haven’t Tried Yet
Jul 26, 2021

A visit to Darvish – not the pitcher, the Iranian market in downtown Tokyo!
Jul 26, 2021